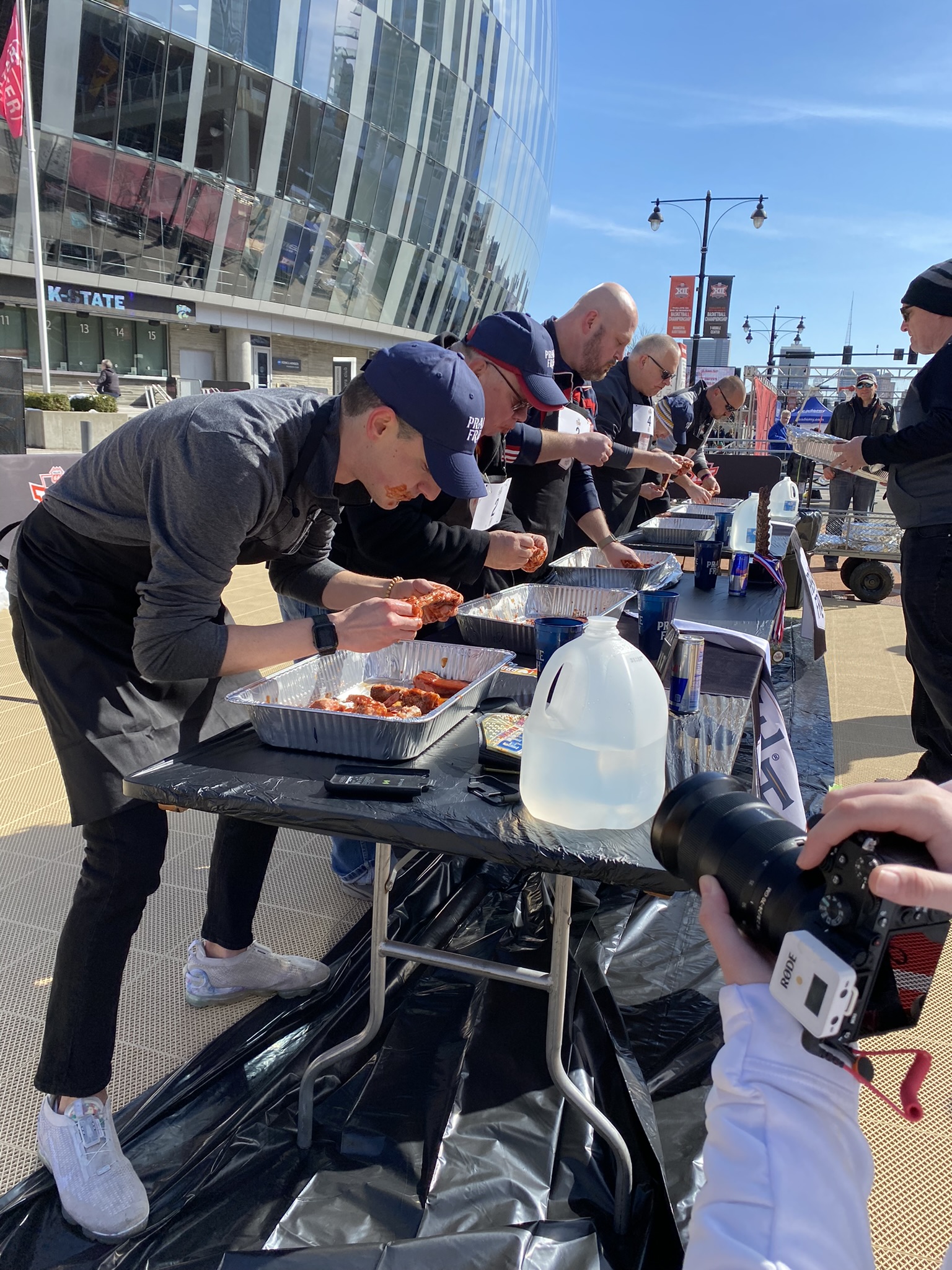 The Phillips 66 Big 12 Men’s Basketball Championship and Big 12 Big Q presented by Prairie Fresh® were back in Kansas City after a two-year absence.

basketball fans with pork tenderloin and bacon samples cooked up by The BBQ League. Fans snapped selfies with the pig to enter I ♥ BBQ Photo Contest. Conference goers also walked away with t-shirts and other giveaways.

The Big 12 Big Q wrapped up with six brave barbecue fanatics competing for the coveted rib trophy in the Prairie Fresh Pig Out rib-eating contest. Dean Merkel from Gladstone, Mo., fourth from the left, took first place in the competition.

Finally, a big thanks to all Big 12 Big Q pitmasters who served up delicious pork.